A Classic Wedding at St. Catherine’s at Bell Gable

Megan and Eric were wed in the Ozark Mountains at St. Catherine’s at Bell Gable, a Gothic-style chapel whose architecture was inspired by various churches from around the globe.

Eric had been a friend of Megan’s brother for years, and they met briefly before they started dating, but the timing wasn’t right. Megan’s mom encouraged her brother to reintroduce them at an informal dinner they were planning. Megan was so exhausted from a long week that she could hardly keep her eyes open.

Regardless of Megan’s sleepy demeanor that evening, Eric asked her out on a one-on-one date at a coffee shop two weeks later. Megan says Eric charmed her with his deep voice and sense of humor.

After a brief courtship, they were both ready to seal the deal and started planning their beautiful wedding and future together. They chose St. Catherine’s at Bell Gable in Fayetteville, Arkansas, as their venue because it was incredibly meaningful to Megan. Her grandfather built the beautiful chapel himself, and Megan has spent time on the grounds since she was a little girl. She had watched and worked at weddings there over the years, and now it was her turn.

Megan focused on a blush and gold color palette, which added a soft, elegant touch to the outside ceremony and al fresco reception. The property at St. Catherine’s at Bell Gable spans acres of beautifully landscaped terrain and amenities. Outdoor weddings always come with weather concerns, and Megan admits this was her biggest worry, but it all unfolded without a hitch.

“There had been a chance of rain all week, which had me really worried. Luckily, the rain in the early morning made for a breezy, cool, and perfect day,” says Megan.

Megan and Eric saw each other before the first look as Megan was picking up some items for the reception that were being stored at their home. Unbeknownst to Megan, Eric was already there, and they got some time to hug and think about how they were going to be married in a few short hours.

“If you have a late afternoon wedding like we did, you don’t get to see each other for most of the wedding day. I am happy we got that short window of time,” recalls Megan.

Megan specifically wanted dahlias and garden roses for her bouquet. Rose of Sharon Floral Design Studio created a romantic, feminine, and lush arrangement fit for a fairy tale. Pinned on the ribbon was a cameo brooch borrowed from Megan’s mother-in-law.

“St. Catherine’s at Bell Gables is one of my absolute favorite venues to decorate. It’s always beautiful and peaceful. Megan knew from the start that she wanted a lush, romantic look filled with garden roses. We filled her bouquet with a mix of garden roses, standard roses, and spray roses and highlighted it with petite variegated foliage. The rest of Megan and Eric’s floral decor was based on her bouquet. The gorgeous setting and lush flowers created a perfect wedding day,” says Althea Wiles of Rose of Sharon Floral Design.

Megan’s Stella York wedding dress had a trumpet silhouette and a sweetheart neckline. The lace bodice featured beading, pearls, and crystals that added extra sparkle. Originally, she wanted the gown to be strapless, but that wasn’t feasible with the design. The seamstress thinned the straps for her to compensate.

It was the champagne hue that ultimately won her over to say yes to the dress. Megan also liked that the train flowed nicely and didn’t have to constantly be rearranged for pictures. Eric wore a classic tuxedo, making their fashion statements both traditional and grand.

“Our favorite part of the day was the first look because we could step back from the hectic hustle and bustle and enjoy each other. Eric was really into patterned socks while we were dating and told me he would order some for the wedding but didn’t say what they looked like. When we finished the first look, he asked me if I wanted to see them. They were the same socks he had worn at the dinner where we were reintroduced. We had talked about them several times while we were dating and engaged because I noticed the distinct pattern and colors. I thought it was so special that he thought of wearing them on our wedding day,” says Megan.

Since Megan and Eric are all about family, it is no wonder that so many family members pitched in to make their day perfect. Megan arrived for the ceremony in a 1902 Mercedes driven by her grandfather, and her brother walked her down the aisle. Her uncle even performed their ceremony outside on the chapel steps.

A mixture of wonderful vendors and loving family members created a recipe for success in this timeless wedding at St. Catherine’s at Bell Gable. 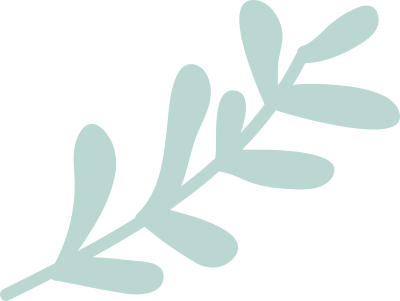 Meredith Corning is the founder of Meredith Corning PR and Meredith Events based in the Ozark Mountains. Her passion is representing small businesses. She has worked with fashion designers, retail stores, entertainment and hospitality industry companies as well as publications in the print and digital sector. Meredith is a multi-award winning event planner and focused much of her career in the event arena. She now owns a boutique agency and works full-time as a PR agent offering event planning exclusively to her public relations clients. Website: https://meredithcorningpr.com/, Instagram: @meredithcorningpr
March 21, 2022